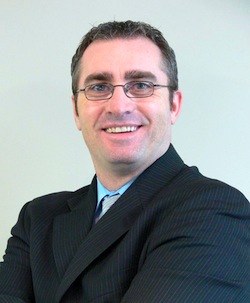 The Manitoba Chambers of Commerce has named Chuck Davidson as its new president and CEO.

Davidson comes from the Winnipeg Chamber of Commerce where he served as vice-president for the past decade. He will replace outgoing CEO Graham Starmer, who retires later this month after 18 years at the chamber.

“The opportunities for our province are exciting and the Manitoba Chamber can play a huge role in making them a reality,” Davidson said. “I am thrilled to be working with Chambers across the province and being part of mobilizing tangible and positive change in Manitoba.”

Davidson will officially be installed as the new CEO at the chamber’s 82nd Annual General Meeting in Clear Lake May 3-5.

Starmer begins his new role as executive director of the Manitoba Association of Food Banks (MAFB) effective May 1.

← Previous: U of M Bisons to Celebrate Curling Victory Next: Plane Crash-Lands on Island Lake →
Tags: