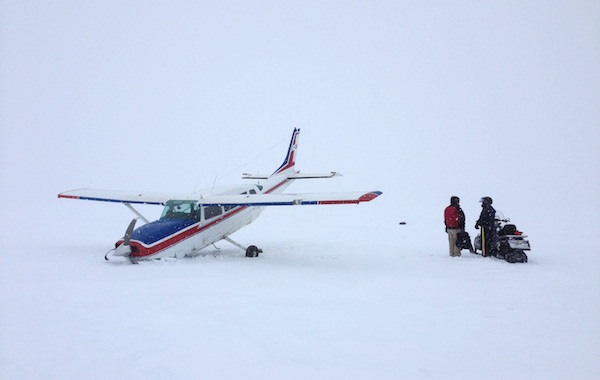 An aircraft operated out of Sandy Lake, Ontario went down Wednesday afternoon on Island Lake amid whiteout conditions.

Manitoba RCMP were notified of an emergency locator transmitter and rushed to the scene using vehicles, snowmobiles and a helicopter.

The 26-year-old Red Deer, Alberta man flying the plane was taken to the Garden Hill Nursing Station for treatment of minor injuries. There were no passengers on board.

Police say the plane took off from Island Lake and had been in the air a few minutes before crashing.

The Transportation Safety Board of Canada and RCMP are investigating.