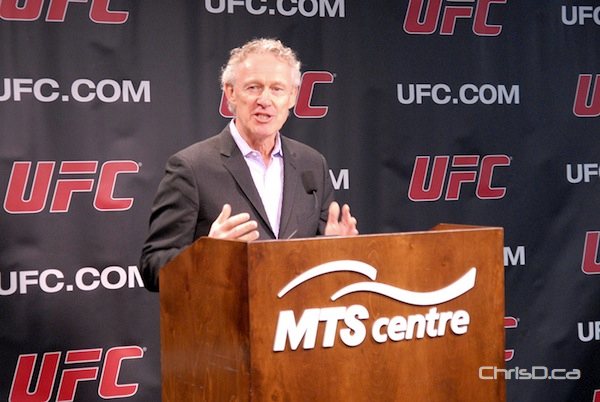 The Ultimate Fighting Championship has released further details of its fight card for UFC 161 in Winnipeg on June 15.

Both fighters, along with UFC president Dana White and UFC’s director of operations for Canada, Tom Wright, will be in Winnipeg on Wednesday, April 10 for a press conference.

Winnipeg’s own Roland Delorme (8-1, 1NC) is on the card to face Edwin Figueroa (9-2.) Six other Canadians will also step into the octagon.

Additional bouts will be announced in the days to come at UFC.com.