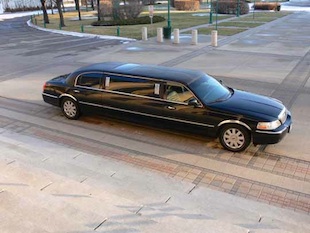 Winnipeg limousine companies protested outside the Manitoba legislature on Friday to express their displeasure over contract changes with the Winnipeg Airports Authority.

Sam Sarai of Executive Limousine Service says as of April 8, limousine companies are no longer allowed to conduct business at the James Richardson International Airport. Sarai says a contract renewal for drivers to service the airport wasn’t renewed at the end of March, and a tender for a replacement has been put out to attract firms from outside of the city.

“Winnipeg companies are now scrambling to figure out how to save their companies that have hard working employees,” Sarai said.

“Companies here in Winnipeg have limited access to the public. Taxi cabs are allowed to pick up customers off the curb but unfortunately Limousine companies are restricted.”

If the contract isn’t renewed, more than 40 limousine drivers could have their livelihoods affected, Sarai added.

Christine Payne with the Winnipeg Airports Authority said drivers will still be able to operate their vehicles after April 8, as a contract extension has been given to some of the 20 drivers who haven’t returned their renewals as of April 1.

“WAA has been collaborative, open and transparent regarding changes to pre-arranged sedan/limo service providers at the airport. Providers have been invited for information sessions and roundtable discussions with the WAA,” Payne said.

The contracts are for pre-arranged service providers at the curbside, which accounts for about 60% of the limousine fleet. A request for proposal (RFP) for on-demand transportation options originally went out in February and make up the remaining 40% of the fleet.

The airport is also funding a six-month mystery shop in conjunction with the drivers to improve the customer service experience of airport transportation. The move comes after a rise in customer complaints to the Manitoba Taxicab Board due to the safety and security of some limousines and cabs.