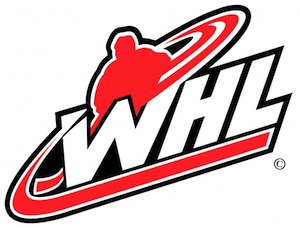 Could Winnipeg support a team in the Western Hockey League?

That’s the question True North Sports & Entertainment will be asking members of the public in an online market research survey between now and Tuesday, April 9.

“The purpose of the survey will be to gauge the potential interest in a Western Hockey League (WHL) franchise in Winnipeg, should an opportunity develop for this market,” the company said in a release.

The survey is being sent to a group of current and former MTS Centre and Winnipeg Jets customers. Only those that are sent an email will be asked to participate in the survey.

See a sample of the e-mail below: 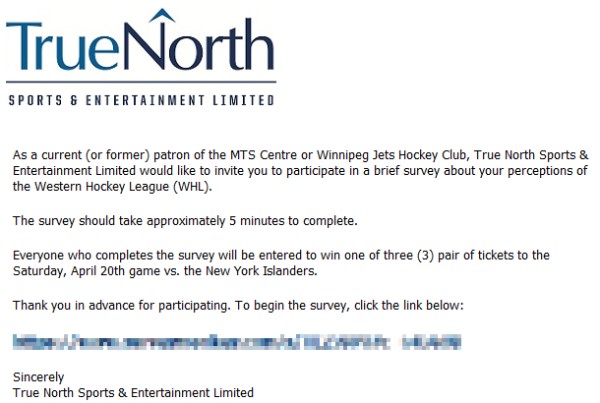