U of M Bids Farewell to Maestro Richard Lee 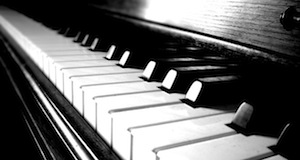 The University of Manitoba will bid farewell to Maestro Richard Lee on Monday with a special concert.

The critically acclaimed conductor will direct the U of M Symphony Orchestra in a concert that features three grand works: Mozart Symphony No. 33, Tchaikovsky Rococo Variations for cello and orchestra, and Elgar’s Enigma Variations.

The concert will be held at Westworth United Church, 1750 Grosvenor Avenue beginning at 7:30 p.m. General admission is $15 or $5 for students.

Mozart’s Symphony no. 33 K. 319 returns to the chamber-like intimacy, written during his return to Salzburg after a distressing time in Paris. Tchaikovsky’s Variations on a Rococo Theme, Op. 33, for cello and orchestra was the closest the composer ever came to writing a full cello concerto. Brazilian cellist Edvany Silva, UM concerto competition winner dazzles in this bejeweled style that was inspired by Mozart. Variations on an Original Theme for orchestra (“Enigma”), Op. 36, commonly referred to as the Enigma Variations, is a set of a theme and its fourteen variations written for orchestra. It is Elgar’s best-known large-scale composition, in which he dedicated the piece to “my friends pictured within,” each variation being an affectionate portrayal of one of his circle of close acquaintances.