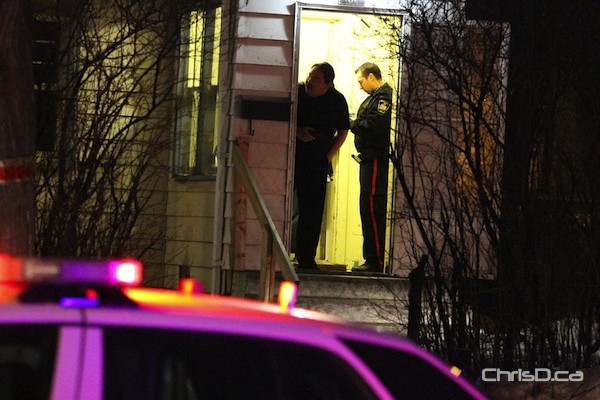 Winnipeg police investigate a stabbing in the 500 block of Redwood Avenue on Saturday, April 6, 2013. (HOWARD WONG / FOR CHRISD.CA)

A 50-year-old man was stabbed early Saturday after two men approached him and asked for a cigarette.

Winnipeg police say the incident happened in the 500 block of Redwood Avenue at around 4:30 a.m.

The victim sustained stab wounds to the upper body and was taken to hospital in unstable condition, but was later upgraded to stable.

Both suspects are described as being between the ages of 19-20 and aboriginal in appearance with thin and muscular builds, respectively.