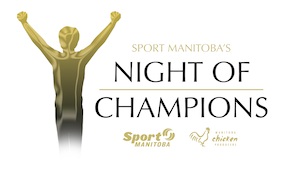 Three inductees will be honoured by having a place in the Manitoba Sports Hall of Fame later this month.

The Manitoba Sports Hall of Fame and Museum will induct a hockey legend with a fabulous nickname, a world record holder in skeet shooting, and a national championship team from soccer at Sport Manitoba’s Night of Champions.

Tickets to the Night of Champions event are $40 each and are available for purchase online.

Organizers are also asking the public in any assistance tracking down relatives for Selkirk-born “Bullet Joe” Simpson to accept the honour on his behalf.

← Previous: Playing with Other People's Money at MTC Next: Girl, 3, Drowns in Pond Near Lowe Farm →
Tags: Sport Manitoba