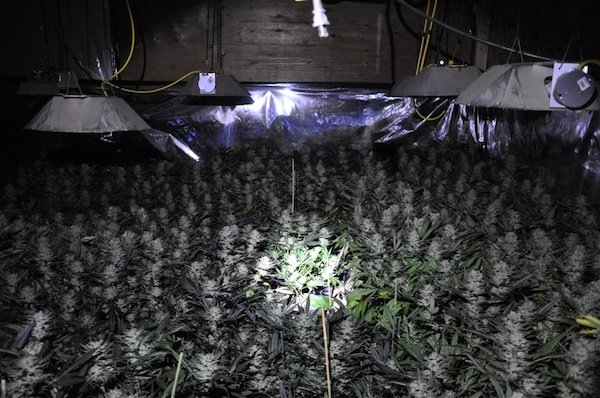 RCMP seized a large quantity of marijuana from a home in the RM of Taché on Tuesday, April 9, 2013. (RCMP HANDOUT)

Two people are facing charges after RCMP raided a marijuana grow-op in the RM of Taché on Tuesday.

A 38-year-old man and a 31-year-old woman were arrested without incident and face several drug-related charges. Both have been released on a promise to appear in Winnipeg court on June 27.