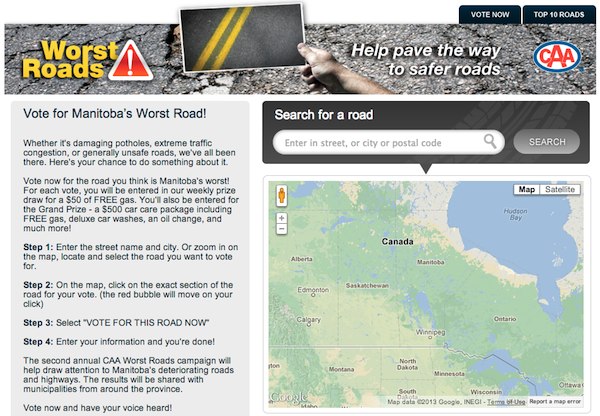 Victoria Avenue in Brandon has come out as the front-runner in CAA Manitoba’s Worst Roads campaign with only two weeks left.

The second annual campaign was launched March 27 to find the province’s worst or unsafe roads as based on votes by the public.

“Over 3,300 votes have already been cast for countless roads in our province,” said Mike Mager, CAA Manitoba president and CEO. “Already at the mid-campaign point, we’ve seen some good signs of progress and we know the decision makers are listening.”

All levels of government will be presented with a full report of the findings after the closing date on April 24.

Submit your vote at CAAManitoba.com/worstroads.