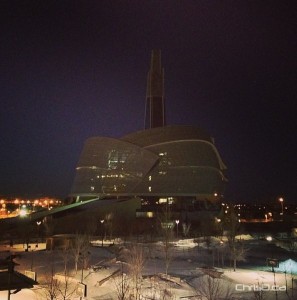 The Canadian Museum for Human Rights as seen on March 19, 2013. (CHRISD.CA FILE)

Last October, the museum hosted The Tenors for a special performance inside the building, located at The Forks.

The museum is scheduled to open its doors to the public in 2014.