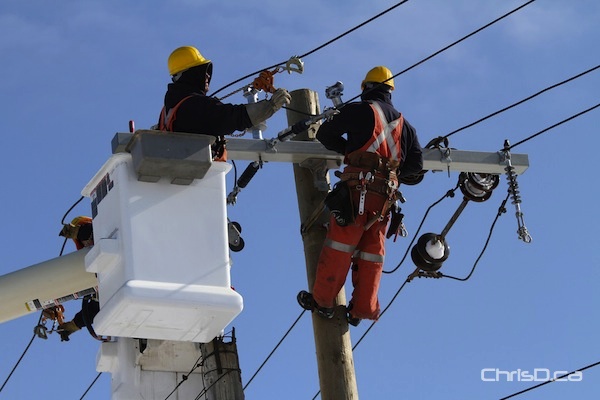 Manitoba Hydro is planning a power outage for customers in West Kildonan this afternoon.

On its Twitter account, Hydro said approximately 8,000 customers will be without power from 1:30 p.m. to 4:30 p.m. as crews repair damage from a pole fire.

The outage will affect McPhillips Street to Red River Boulevard, and Inkster Boulevard to Leila Avenue.

Earlier on Monday, about 1,600 homes in Fort Richmond were without power after a pole fire. Service was restored a few hours later.