Manitoba Hiking PST to 8% on July 1 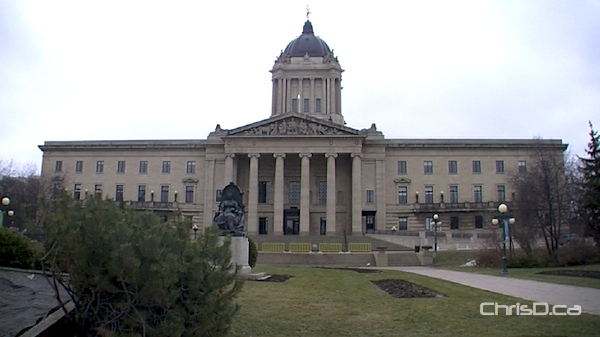 Manitobans will have to open their wallets a little wider on July 1 as the province hikes the provincial sales tax by one point.

The tidbit was just one highlight in the $14.8 billion 2013 budget released on Tuesday, setting the PST to go up to 8% on purchases and other services on Canada Day.

The tax hike will fund infrastructure and be a temporary measure in place for 10 years, according to Finance Minister Stan Struthers. The increase is expected to cost the average household an additional $25 per month.

At the same time, the province is removing the PST on baby items, such as diapers, strollers and car seats.

Effective at midnight tonight, the province will also have STARS air ambulance service providing 24-hour support at a cost of $1.8 million annually, up from its current 12-hour schedule.

Struthers said the province hopes to balance its books and eliminate the $518 million deficit by 2016-2017.

“Enough is enough. The NDP ran on a promise not to raise taxes on Manitobans and have blatantly lied to Manitobans. This is a government with a spending problem. Even with a quarter billion in new taxes this year, the NDP is ducking responsibility and has not only failed to reduce the deficit and the debt that comes with it, but have increased the amount of red ink by $502 million.” — PC Party Opposition Leader Brian Pallister

“The NDP turned their backs on the poor by increasing the ‘executive support’ department budgets by millions while refusing to raise shelter rates.” — Liberal Leader Jon Gerrard

“We recognize our province is facing fiscal pressures and we appreciate that this is a tough budget year. We also know that it is even more important during difficult times to invest in post-secondary education since our graduates will drive our economy out of its current challenges.” — David Barnard, president of the University of Manitoba

“The government has committed to increasing its investment in programs and supports to help Manitobans go tobacco free but we have not yet seen the progress need to significantly reduce smoking and therefore cancer in Manitoba.” — Mark McDonald, executive director for the Canadian Cancer Society, Manitoba Division

“We are disappointed but not surprised that the provincial government has revoked its commitment to provide stable operating grants of 5% for three years. We understand the Manitoba flood of 2011 put increased fiscal pressure on the province.  However, slashing the committed increase to our operating grant in half, while at the same time insisting through legislation that tuition rates remain well below the Canadian average (only Quebec has lower tuition rates), increasingly hobbles our ability to meet the multiple needs of the diverse student body we serve.” — Lloyd Axworthy, president of the University of Winnipeg