Players Cup Teams Up with True North for PGA Event 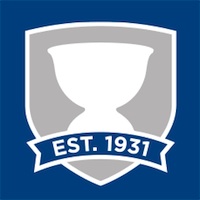 One of the PGA Tour Canada’s premier events has partnered with the Winnipeg Jets True North Foundation.

The Players Cup will donate a portion of its soon-to-launch sports raffle proceeds to the Foundation over the next three years.

“It’s a great opportunity for our province to have another professional sports franchise with a charitable mandate,” said Dwayne Green, executive director of the Winnipeg Jets True North Foundation. “We’re looking forward to working with The Players Cup in its inaugural season on PGA Tour Canada.”

The sporting event has donated $275,000 back to local charities to date and will help the Foundation with its mandate to support registered charities who focus on enriching the lives of youth in Manitoba.

The Players Cup will take place at Pine Ridge Golf Club July 15-21. Tickets will be $50 and include a weekly pass.