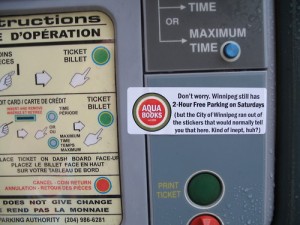 Winnipeg police have made an arrest in several downtown parking pay station robberies after a lengthy investigation.

Police say a number of unmanned pay stations, including several vehicles, have been broken into resulting in damage and losses of more than $50,000.

The latest attempted theft happened Monday night when a man was seen by security personnel trying to break into a parking pay station in the 300 block of Main Street. Police were called and a 27-year-old suspect was arrested.

Grant Morrisseau has been charged numerous counts of theft, including possessing goods obtained by crime and a weapon for a dangerous purpose. He remains in custody.