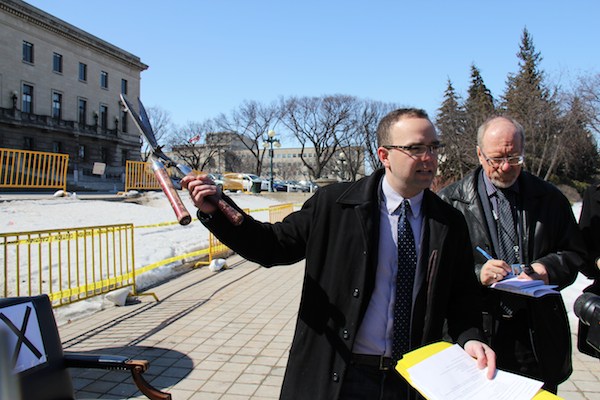 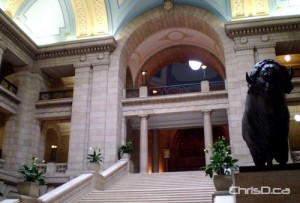 The backlash from the Manitoba government’s planned increase of the PST continues as the Canadian Taxpayers Federation has spear-headed a petition.

On Tuesday, the province’s NDP outlined in its 2013 budget that it would raise the PST to 8% effective July 1. Since then, vocal critics have been suggesting alternative measures to cut government spending while not taxing citizens.

During a news conference on Friday, the CTF showed how the province can save $1 million annually at the legislature alone by:

“Instead of taking money families have for groceries and clothing, the premier should leave the PST at seven per cent and cut wasteful government spending,” said CTF prairie director Colin Craig. “The premier needs to start leading by example and reduce his large cabinet and handouts to his own party. Until he makes such changes, taxpayers can’t take him seriously.”

A petition to encourage supporters to speak at an upcoming Bill 20 committee session has been launched at GregLied.ca. Bill 20 is the piece of legislation that allows the government to bypass a referendum and raise the sales tax without a public vote.

The Progressive Conservative Party also launched a website for Manitobans to express their displeasure at StandUpManitoba.com.