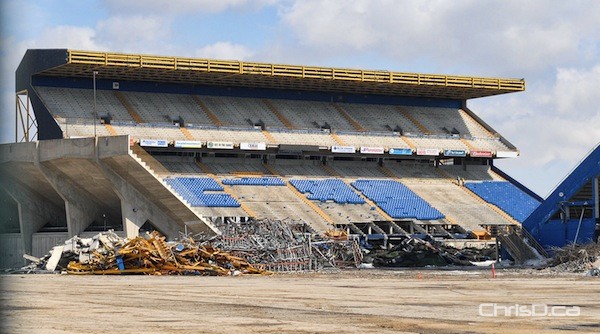 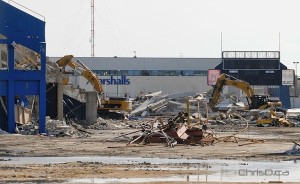 Backhoes could be seen tearing down the east side stands and part of the north wall. The former home of the Winnipeg Blue Bombers was originally constructed in 1953.

Once the site is cleaned up, it will be the location of the Target store and other retailers.