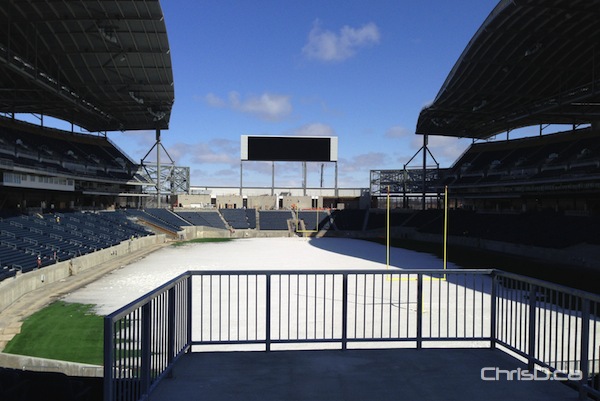 The Winnipeg Blue Bombers are boasting a record for season ticket sales.

The football club revealed Tuesday that it has surpassed 23,000 tickets for the 2013 CFL season.

“For the third year in a row, Blue Bomber fans have shown an incredible amount of support for their team as we set season ticket records in each of these three years,” said Blue Bomber president and CEO Garth Buchko.

“With so much anticipation and excitement surrounding the opening of Investors Group Field, we encourage those who haven’t purchased season tickets to do so quickly as we prepare to turn the page on a new era of Blue Bomber football. In this great league, only Saskatchewan rivals our numbers and we’re thrilled that we’re starting to give them a run for their money.”

Tickets are still available in all sections, including the Family Zone (sections 116-121) and through the Pick 10 program with season tickets starting at $197.

The Bombers will host their annual fan forum tonight beginning at 7 p.m.