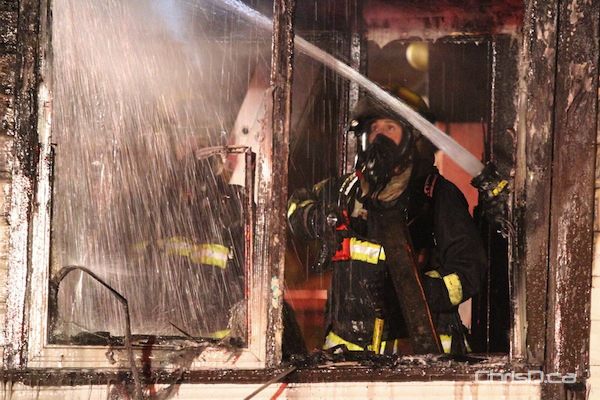 Firefighters douse flames at a home at 699 Alexander Avenue on Tuesday, April 23, 2013. (HOWARD WONG / FOR CHRISD.CA)

Winnipeg firefighters were kept busy Tuesday night, responding to several calls within the span of a few hours.

Crews fought a blaze at 699 Alexander Avenue, where residents were able to make it out safely. Damage is estimated at $200,000 and the cause remains under investigation.

A small fire was also reported in the 200 block of Isabel Street and in a vacant home on Spence Street at Cumberland Avenue.