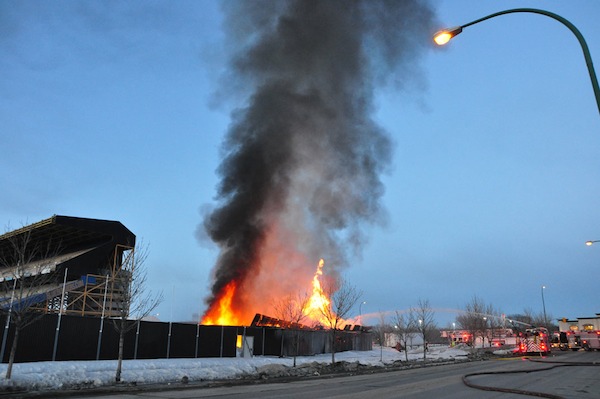 Flames and smoke shoot out from a storage shed at the old Canad Inns Stadium on Tuesday, April 2, 2013. (ELISHA DACEY / METRO WINNIPEG FILE)

Winnipeg police have arrested and charged five youths in connection to a fire in a shed at Canad Inns Stadium on April 2.

Firefighters responded shortly before 8 p.m. that night to find the shed engulfed in flames. The contents of the structure contained fuel tanks and football field turf.