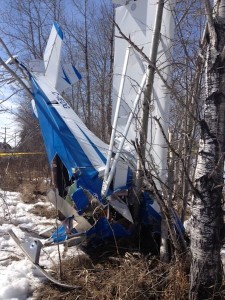 No one was seriously injured after a small plane went down in the RM of St. Clements north of Winnipeg Thursday afternoon.

The male pilot and a female passenger were the only ones on board and were treated for non-life threatening injuries.

The Transportation Safety Board of Canada has been notified and police remain at the scene.