Home » Entertainment » Steve-O to Perform at Rumor’s in August

Steve-O to Perform at Rumor’s in August 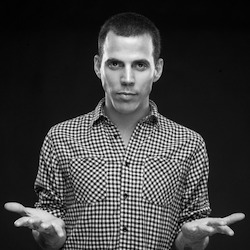 Comedian and stunt performer Steve-O is bringing his antics to Winnipeg this summer.

The former star of MTV’s “Jackass” series will entertain audiences at Rumor’s Comedy Club August 15-17 with “Steve-O’s Entirely Too Much Information Tour.”