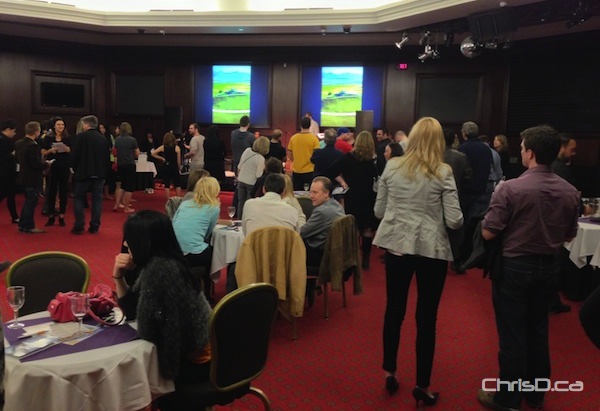 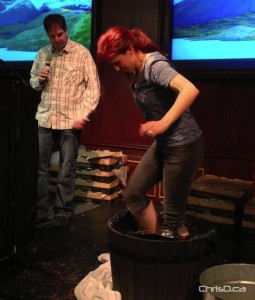 Members of Winnipeg’s media got down and dirty Wednesday night in support of Special Olympics Manitoba.

The popular Media Grape Stomp event — part of the 12th annual Winnipeg Fine Festival — was held at McPhillips Station Casino. The upcoming festival (April 28-May 4) is the biggest fundraiser of the year for the organization.

Two teams battled it out on stage to see who could produce the most grape juice by stomping in a round bucket full of the fruit. After pairs of purple-covered bare feet were cleaned off, it was time to mingle and sample some of the many wines on display.

Wednesday night saw the wines of Chile in the spotlight as part of the public event. More tastings are planned throughout the next week at a handful of venues across the city — many of which are already sold out. However, tickets are still available for the always popular public tastings at the Winnipeg Convention Centre. 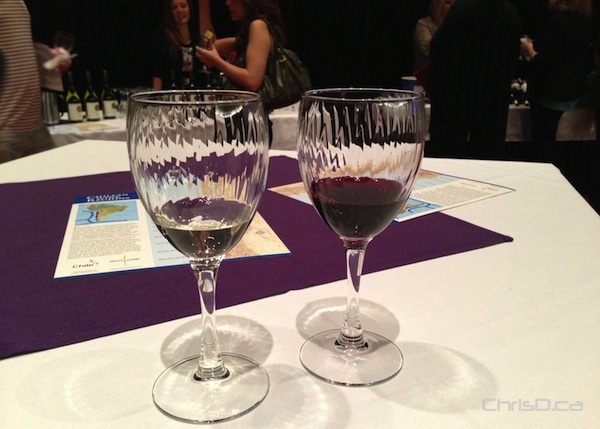 The Winnipeg Wine Festival runs April 28 to May 4. (CHRISD.CA)