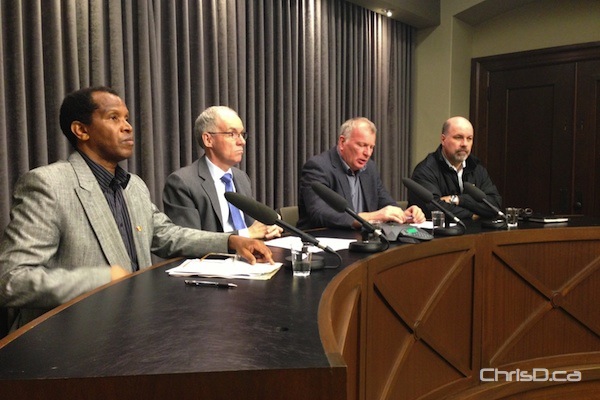 Favourable weather and a slow melt has resulted in less of a flood risk in southern Manitoba than was originally predicted.

Provincial flood officials said Friday that a downgraded outlook in the U.S. has put the province on track to see water levels comparable to 2006 along the Red River from Emerson to Winnipeg. Highway 75 was closed for 18 days in that year.

The Red River in Pembina, N.D. could crest as early as the second week of May under a continued favourable scenario. The crest would hit Winnipeg a week later.

However, warmer weather this weekend could spell trouble for ice jamming as the spring run-off speeds up.

Small tributaries and drains are expected to experience rapid increases in water levels — more than typical years — that could cause ice jams and overtop road crossings. Major rivers such as the Red, Qu’Appelle and upper Assiniboine have areas of open water, but there are reaches in which strong ice is still in place.