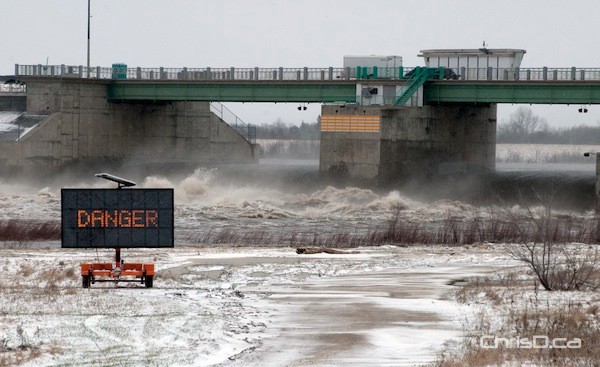 The gates to the Red River Floodway will be raised at 6 p.m. today.

The horn will be sounded at the inlet control structure at 5:30 p.m., 30 minutes before operation of the gates.

Boaters are urged to stay off the water until all ice has cleared and river levels return to normal.