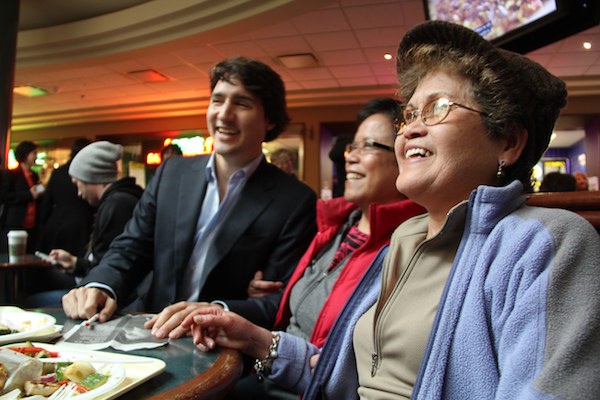 Federal Liberal leader Justin Trudeau was in Winnipeg Thursday, visiting with students and the public at Sisler High School and later in a downtown food court.

Trudeau’s one-day tour to the city — the first as leader of his party — also saw him stop by the TD Centre at Portage and Main over the lunch hour. Trudeau greeted the public, shook hands and took photos as the newly-minted leader.

The 41-year-old was joined by Winnipeg North MP Kevin Lamoureux.