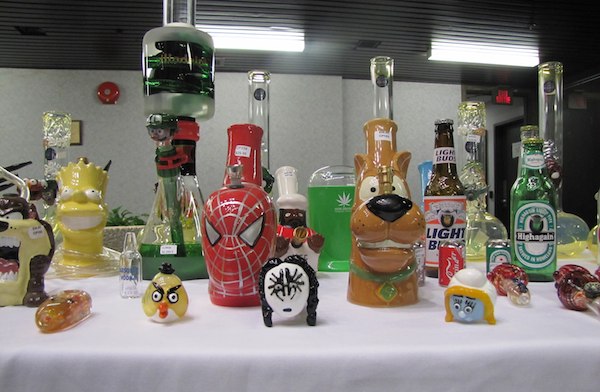 Items seized during a raid at The Joint’s head shops on Wednesday, May 1, 2013. (RCMP HANDOUT)

Three Winnipeg head shops were raided Wednesday after a RCMP investigation, but it’s not for the reason you may think.

Bogus bongs featuring the copyrights were seized, along with a number of other marijuana paraphernalia.

No formal charges in regards to the investigation have been laid, but one male employee was arrested for possession of marijuana for the purpose of trafficking.