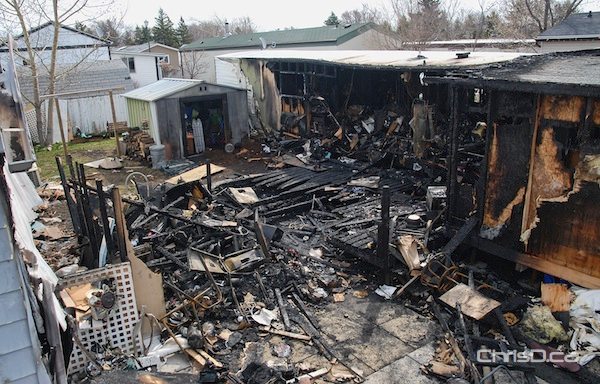 The fire at Downs Village Mobile Home Community broke out around 1 a.m. on Augier Avenue.

The fire destroyed two trailers and caused an estimated $300,000 in damage.

The cause of the fire has been deemed accidental. The two people admitted to hospital have since been treated and released.