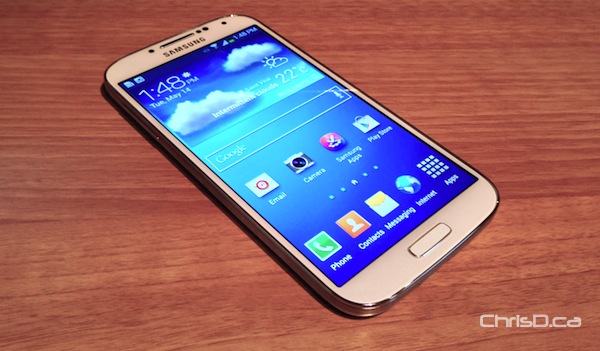 It’s hard to follow-up what tech writers call the “most successful Android of all time,” but Samsung has certainly done so with the release of the Galaxy S4. The predecessor to the successful Galaxy S III, the new smartphone has been available in Canada on major carriers since April 27. TELUS provided ChrisD.ca with a review unit to dig deep inside this new smartphone from Samsung.

At first glance, it’s hard to discern the Galaxy S III from the Galaxy S4. The outer designs are very similar with the smooth angles, round corners and wide viewing areas.

While we didn’t perform the traditional drop test, it seems rugged enough to take everyday wear and tear associated with the average user. The plastic back panel pops off easily to accommodate the installation of the 2,600 mAh battery, which like the S III, is separate and not a built-in component. A network SIM card fits snugly next to the battery compartment. Volume rockers can be found to the left of the S4, with the power button on the right, earphone jack at the top left and Micro-USB and microphone on the very bottom. The S4 measures 136.6 x 69.8 x 7.9 mm and weighs 130g. 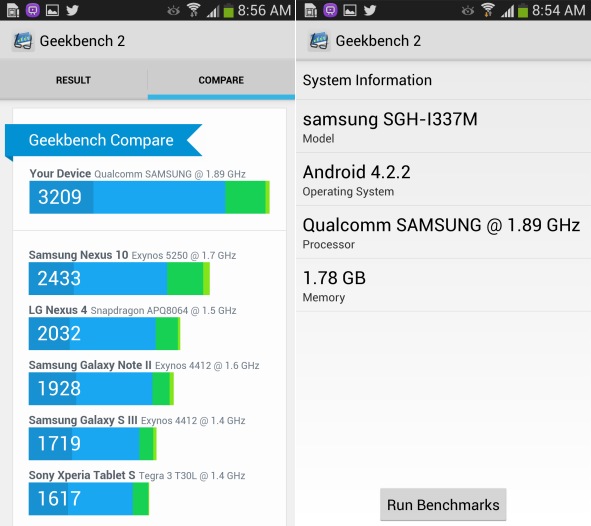 The Galaxy S4 boasts an impressive five-inch Full HD Super AMOLED (1920 x 1080) display, 441 ppi. Compared to the S III, the screen is slightly crisper when displaying text, but unless you’ve spent a great deal of time comparing the two, you may not notice a huge difference.

The Galaxy’s S4 rear camera is definitely a treat at 13 MP with an auto focus lens and zero shutter lag. The camera offers up several preset modes to capture the best shot under an array of conditions, including Samsung‘s traditional “best shot” feature, which snaps multiple frames with one touch and allows the user to select the most appropriate one. The front-facing camera is 2 MP and features full HD recording at 30fps. On the video side of things, full HD (1080p) is available on the rear camera as well, with codecs of MPEG4, H.264, H.263, DivX, DivX3.11, VC-1, VP8, WMV7/8, Sorenson Spark, HEVC. 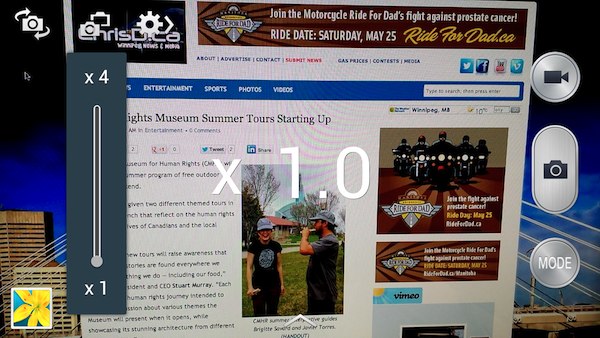 The on-screen keyboard seems to be more responsive than the S III, which was finicky to use without making constant typos. For those who still prefer a physical keyboard, this won’t be the phone for you. However, with some practice, even the novice smartphone user should have no problem picking up the S4’s keyboard structure. The default setting will have the phone give a slight vibration with each keystroke, but that can be turned off in the settings menu.

The Galaxy S4 ships with Android 4.2.2 Jelly Bean pre-installed and is the latest version of the OS. There are some slight design changes from previous versions, but overall, the same look and feel remains throughout and shouldn’t throw users for a loop with too many new bells and whistles. For beginners to Android, who perhaps are making the switch from iOS or BlackBerry, Samsung offers an Easy Mode that can be toggled on or off with step-by-step instructions on familiarizing yourself with what the Galaxy S4 can do. 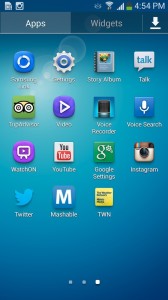 The Samsung Galaxy S4 will quickly become the company’s flagship phone and rival sales of the S III, which saw 40 million devices sold in the first seven months. In fact, it may even outsell the HTC One, which is considered its direct rival on the Android market.

The phone comes with 16, 32 and 64 GB built-in memory, plus a microSD slot expandable up to 64 GB. Speed-wise, the Galaxy S4 packs 2 GB of RAM and is NFC and LTE compatible.

Built-in apps include Flipboard, Google+ and Google Maps, Chrome, TripAdvisor and a few other defaults Samsung has snuck in upon booting up the device. These can easily be uninstalled as you see fit, but play on Samsung‘s partnership with vendors to push certain apps on users right out of the box.

The Galaxy S4 comes in white and dark blue, and is available on TELUS’ 4G LTE network for $199 on a 3-year term with a minimum $50 monthly plan before tax or $650 month-to-month.