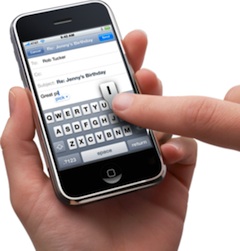 MTS has flicked the switch on 4G LTE wireless service at Grand Beach and Victoria Beach.

Two of six communities that are receiving the service in 2013, vacationers will now have access to faster download and upload speeds while at the cabin.

The faster network is only available to users who have LTE-enabled wireless devices.

To help Manitobans to remain even more connected, the province is increasing the number of WiFi hotspots in Manitoba parks.