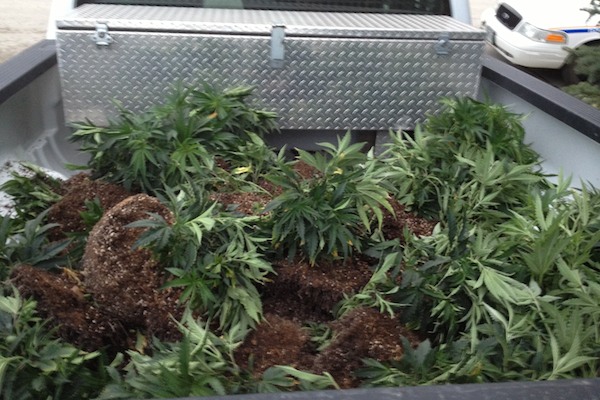 Police seized 65 marijuana plants from a home in Steinbach on Friday, May 17, 2013. (RCMP HANDOUT)

A domestic assault investigation in Steinbach led to the discovery of a marijuana grow-op on Friday.

Police were called to a home to investigate a domestic incident when officers found the grow-op in the basement of the residence. Police obtained a search warrant and seized 65 marijuana plants.

Several children were also living in the home at the time and Child and Family Services was called.

There were no serious injuries as a result of the incident and police continue to investigate.