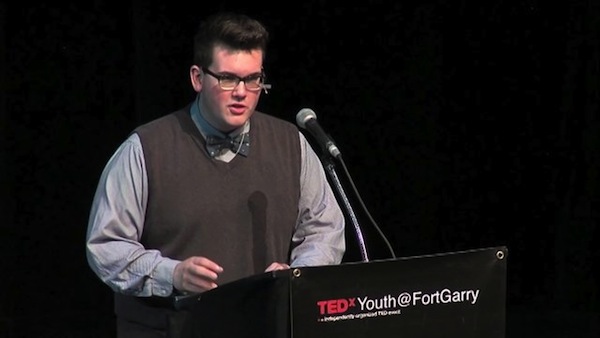 An outspoken advocate of Manitoba’s anti-bullying bill has been named the honourary youth marshal of this year’s Pride Winnipeg Parade.

Seventeen-year-old Evan Wiens will lead the parade through downtown on June 2.

Wiens became a focal point for LGBTTQ rights in Manitoba schools earlier this year after he was denied permission to promote the gay-straight alliance he had set up in 2012 at Steinbach Regional Secondary School.

“Evan set an amazing precedent for LGBTTQ youth in Manitoba and Canada,” said Jonathan Niemczak, president of Pride Winnipeg. “We’re honoured to have him lead this year’s parade. He is an excellent example of what equal rights can look like in our community.”