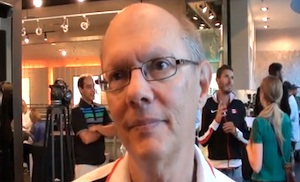 The University of Manitoba has brought on former Olympic head coach Alex Gardiner to assist with its track and field program.

The Bison alumnus will join the coaching staff for the upcoming 2013-14 season.

The 63-year-old completed his tenure as the Olympic head coach for the Canadian track and field team at the 2012 London Summer Olympics, before being let go in January with chief high performance officer Martin Goulet due to the team’s poor showing.

“It will be my privilege once again to work with exceptional coaches and leadership in the Bison Athletics Program and to share what I’ve learned in 20+ years of Olympic and International Sport,” Gardiner said in a release.

Gardner will join head coach Claude Berube on a part-time basis after the August long weekend.