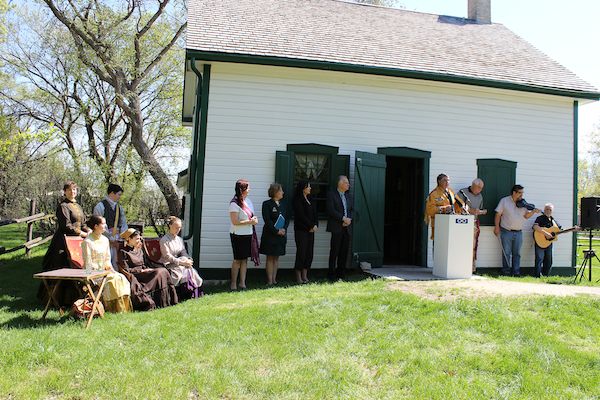 A new programming agreement is announced at Louis Riel House during a news conference on Wednesday, May 22, 2013. (HANDOUT)

The Louis Riel Institute has signed an agreement with Parks Canada to provide programming for students in Grades 1-6 at Riel House.

The Manitoba Métis Federation is funding the curriculum-based programming, which will be offered in both English and French from now until June. In July and August, LRI will be providing guided tours and joining Parks Canada in promoting part of Canada’s rich cultural heritage.

“The Manitoba Métis Federation is pleased to work with Canada, through our Louis Riel Institute, to ensure the prominent role of the Métis Nation and our contribution to building western Canada continues to be part of the Riel House student and visitor experience,” said president David Chartrand.

Riel House National Historic Site is the St. Vital home of Louis Riel’s mother and is located at 330 River Road.