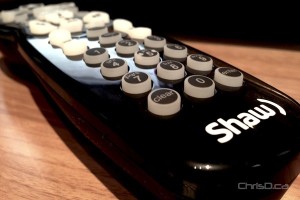 For the past week, we’ve been trying out a new Gateway Whole Home HDPVR from Shaw Communications.

The state-of-the-art television-viewing system allows you to record six shows at a time and watch your recordings from any TV in your house. That’s one of the big selling points Shaw has been getting across with the device, which retails for $498 with two total home portals ($14/month to rent).

The brains of the system — the Gateway — acts as the hub for the portals, which pull the information to your TV.

The Gateway Whole Home HDPVR is pretty quick to pick up user-wise if you’ve used some sort of PVR in the past. The menus and guides make it easy to navigate what you want to accomplish while watching your favourite TV show.

If recording HD programming is something you do frequently, the large internal 500 GB hard drive should provide sufficient space to accomplish this. Another convenient feature is also the ability to pause a show in one room and pick up where you left off in another. 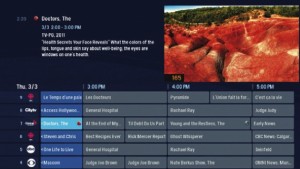 The Gateway also includes 60 channels of commercial-free digital music, access to Shaw On Demand and Shaw Pay Per View, and a high-definition interactive program guide.

One of the main differences that became evident in our review was the lack of automatic HD channel forwarding as available with the Motorola DCX3510 and DCX3200-M HD units. For those unfamiliar, navigating to a SD channel would automatically convert it to the HD version (if available). An example would be tuning into TSN (channel 13 in Winnipeg), and having the HD version on channel 225 come up right away. This may only be a feature with the Motorola boxes, as the new Gateway Whole Home HDPVR uses portals from ARRIS. The unit’s front display panel also only shows the current time instead of the option to show the channel number. After delving into the settings menu, options were only available to reduce the brightness of the display, but this isn’t a major setback and one could get used to simply pressing the “Info” button on the remote.

The installation of the system is said to take between 2-3 hours on average, according to a Shaw representative. In our case, it took just over five hours. Depending on how your home is set up, cables may need to be redirected or replaced based on their age. Also plan for brief outages to phone and Internet service if you have those with Shaw, but everything will come back online eventually following the completion of the install.

The technician who installed our unit arrived shortly after 9 a.m. on May 13 and immediately went to work. A second tech arrived about an hour later to assist him in running cables from a second floor. After some slight hiccups troubleshooting a dead Internet connection after the installation, everything was back up and running smoothly. The technician provided a 10-minute crash course on using the Gateway remote and highlighted some of the unit’s most popular features.

The Gateway Whole Home HDPVR is definitely a beast in the living room and provides an entertainment experience like no other. Its intuitive features and ease of use is something every home should have to enhance their TV-viewing habits.

CONTEST: Win your own Gateway Whole Home HDPVR. Fill out the entry form. Contest closes May 30, 2013.