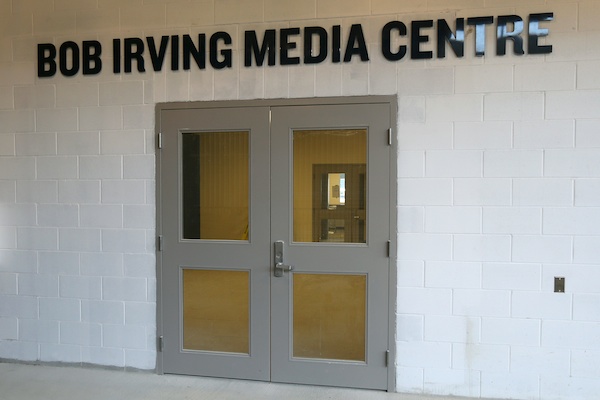 The Bob Irving Media Centre will honour the longtime voice of the Bombers, who began calling play-by-play of the team in 1974.

“This is an exciting day for the football club as we are able to honour someone who has meant so much to our organization over the years,” said Bombers’ president and CEO Garth Buchko. “Bob has been the voice of our football team for almost 40 years and his contributions to our club goes far beyond calling the games from his booth in the press box at Winnipeg and Canad Inns Stadium.”