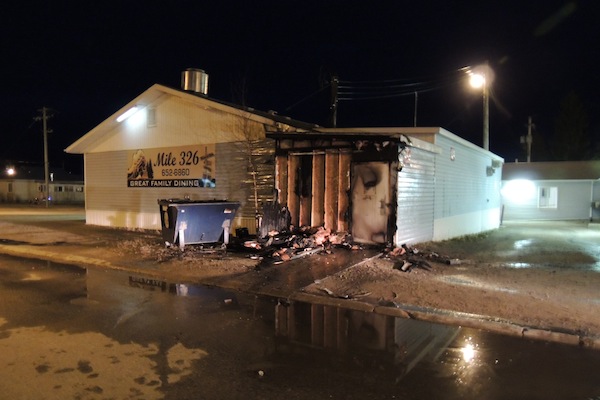 Two buildings were targeted by arson in Gillam, Manitoba on Friday, May 24, 2013. (RCMP HANDOUT)

Arson charges have been laid after a shed behind a legion in Gillam was damaged last Friday.

The blaze happened just before 2 a.m. when cardboard was set on fire. It was quickly extinguished before any major damage could occur. No one was injured.

About 15 minutes later, the porch of a local restaurant was set on fire, which caused significantly more damage than the fire blaze.

Dennis Darcy Flett, 27, of Ilford, Manitoba is facing numerous charges, including failing to comply with a probation order, and break and enter.

Damage estimates are not currently available.