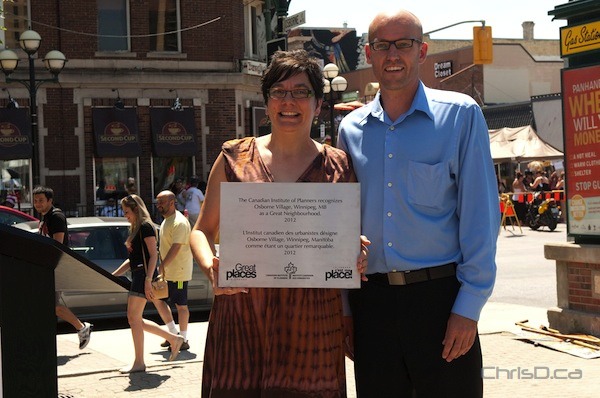 Nominations opened on Monday for the third annual Great Places in Canada competition.

More than 200,000 votes were cast last year for favourite streets, neighbourhoods and public spaces. Osborne Village picked up the award in the neighbourhood category, while The Forks won in the spaces category in 2011.

“As Canadians, we’re proud of the many beautiful places in this country,” said Andrea Gabor, president of the Canadian Institute of Planners. “People everywhere get really involved in this contest and want to see their favourite location honoured as a Great Place.”

Nominations will be accepted online until September 2. The voting period ends September 23, 2013, and the winners will be announced on World Town Planning Day, November 8.