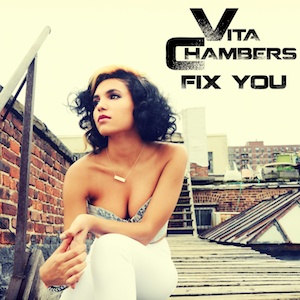 The Juno-nominated singer/songwriter is the third headliner to perform on the main stage at the festival, which begins on June 2.

“Adding Vita Chambers to our festival lineup is incredibly exciting,” said Jonathan Niemczak, president of Pride Winnipeg. “Between her, Ultra Naté and Kristina Maria, we have three outstanding and incredibly talented headliners that we are thrilled to be presenting to everyone free of charge.”

Pride Day celebrations begin on Sunday at 11 a.m. with a rally outside the Manitoba legislature. The annual Pride Parade commences at noon, and will be making its way throughout downtown Winnipeg. Following the parade, performances at the Pride Festival at The Forks begin 1:30 p.m., running non-stop to 6:30 p.m. The celebration concludes with the PULP! Official Pride Dance Party at the Metropolitan Entertainment Centre, from 7 p.m. until 2 a.m.