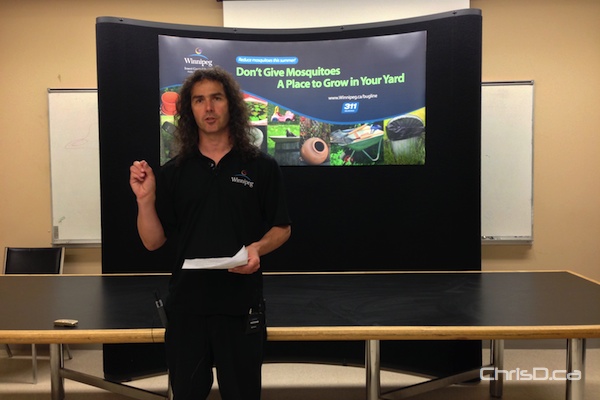 Winnipeg could see a rise in the mosquito population over the next week if unfavourable weather conditions continue.

City entomologist Taz Stuart on Tuesday said that while the trap count remains at one, the first generation of summer adult nuisance mosquitoes will begin to appear in the water over the next 7-10 days. The adulticiding factor analysis (AFA) rating remains at low.

The Insect Control Branch is continuing with its larviciding program, but is ready to implement other measures based on environmental conditions, such as rain and warmer temperatures.

Stuart says some residents may have noticed mosquito-like non-biting flies recently, which are likely midges. The bugs fly in swarms and resembled mosquitoes, but they aren’t the pesky species.

The city is also reminding the public to empty any standing water on their property to reduce the risk of mosquitoes in their yard.

On Wednesday, the City of Winnipeg will begin its cankerworm control program and begin tree spraying in Insect Management Area 47 at 9:30 p.m. A higher concentration of the bugs are expected in the North End, East Kildonan, West Kildonan, North Kildonan and River Heights.

Further information on both the mosquito and cankerworm battle is available at Winnipeg.ca.