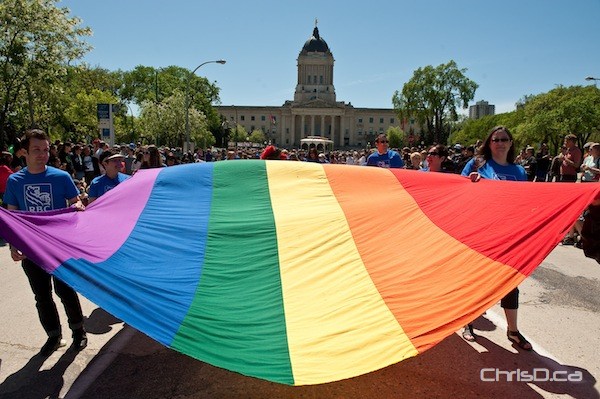 Revellers of the Pride Winnipeg Festival carry a flag along the parade route on Sunday, June 2, 2013. (TED GRANT / CHRISD.CA)

Thousands of people took to the streets Sunday to jubilantly celebrate the Pride Winnipeg Festival.

The 25th annual festival began May 24 and ended yesterday with a rally at the Manitoba legislature, followed by the Pride Parade through downtown, a festival and concert at the Forks, and the Official Pride Dance Party.

Emerging Canadian music artist Vita Chambers was the headliner for the festival, while Kristina Maria and Ultra Naté also performed.

The Pride Winnipeg Festival is one of the largest LGBT celebrations between Toronto and Vancouver, and continues to grow every year.