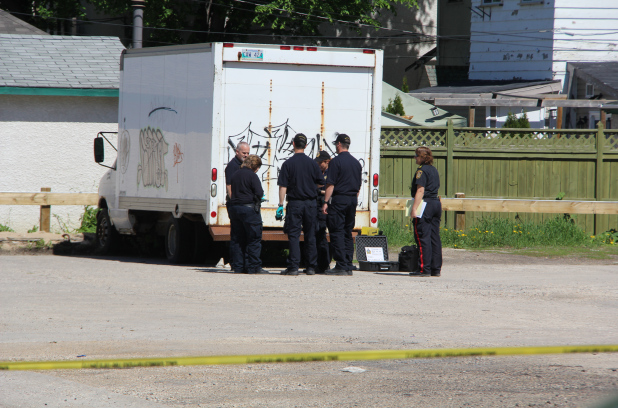 Police at the scene where a man’s body was found in St. Boniface on Sunday, June 2, 2013. (SHANE GIBSON / METRO WINNIPEG)

Winnipeg Police say they’re investigating what appears to be the city’s latest homicide.

Police said they found the body of Kyle DeVasconcelos, 23, lying on the ground in the 200 block of Dumoulin Street on Sunday just after 9 a.m.

Cadets, patrol and the Forensic Identification Unit were called in, where they observed the male had sustained upper body injuries before he died.

Cause of death is pending the results of an autopsy.