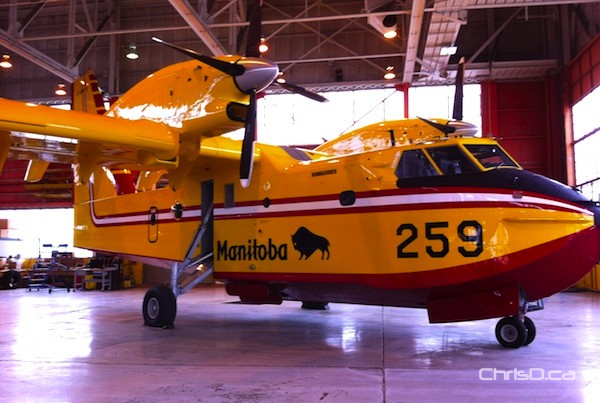 The province has added a new Bombardier CL-415 turboprop water bomber — similar to the one above — to its fleet. (CHRISD.CA FILE)

The Manitoba government has added a fourth water bomber to its fleet of aircrafts to better fight fires across the province.

The new Bombardier CL-415 turboprop water bomber is part of a $126 million investment to replace older models over the last four years, such as the CL-215.

“These are the world’s newest and best water bombers. They carry more water and do almost twice as many drops per hour than the last generation of planes,” Premier Greg Selinger said.

The newest water bomber was called into action for the first time this spring to battle a wild fire threatening homes in St. Norbert and is currently working to control fires in northern Manitoba.