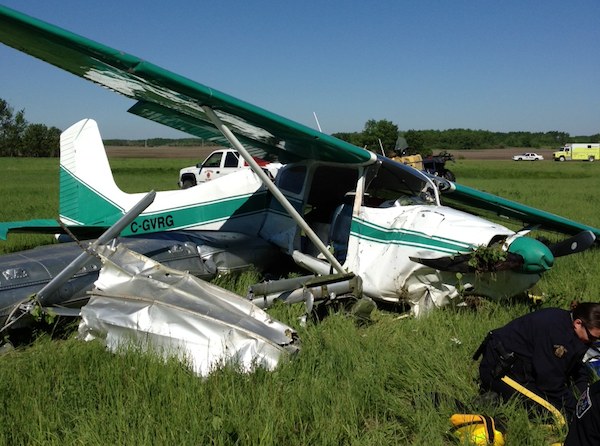 A single-engine float plane crashed near Lac du Bonnet on Tuesday, June 11, 2013. Two men on board were sent to hospital with undetermined injuries. (RCMP HANDOUT)

The Cessna 180 went down in a field just after 9 a.m. about 10 kilometres east of Lac du Bonnet.

The two occupants on board are being treated for undetermined injuries.

The Transportation Safety Board of Canada has been notified and police continue to investigate.