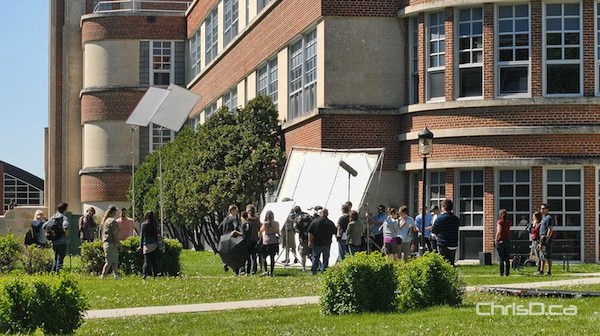 The flick stars actor Josh Duhamel — husband of singer Fergie — who is playing the role of Alex in the upcoming Daniel Duran-directed drama.

Principal photography began June 9 in and around the city and is expected to take several weeks.

Tec Voc has also been used to accomodate shooting of the 2009 movie “Wild Cherry” and scenes from HBO Canada’s “Less Than Kind” series.