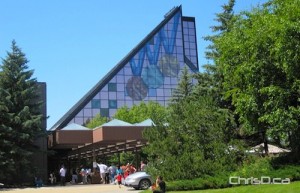 The Royal Canadian Mint’s Winnipeg branch officially opened its plating facility expansion and the Hieu C. Truong Centre of Excellence for Research and Development on Thursday.

The 70,000-square-foot, $60 million expansion will allow the Mint to increase production of multi-ply plated steel blanks and other advanced plated products by two billion pieces per year, while the Centre of Excellence will keep the Mint on the leading edge of minting technology.

“The expansion of our state-of-the-art plating facility supports the growth of the Mint’s foreign business as a key priority as we pursue the objective to own 15 percent of global market share by 2020,” said Ian E. Bennett, president and CEO of the Royal Canadian Mint.