‘FoodRide’ Making a Stop in Winnipeg 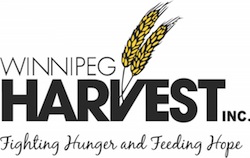 Two Lakehead University students will be making a stop in Winnipeg today as part of their cross-Canada bike ride to raise food and funds for local food banks.

Adrian Arts and Megan Clark began their 10,000 kilometre FoodRide April 25 in Victoria, BC with the goal of raising $100,000 through 22 food drives.

The pair will be at the Canada Safeway location at River and Osborne today from 10 a.m. to 4 p.m. to talk about their journey and collect donations for Winnipeg Harvest.

“We aim to create an open dialogue around food security. Food banks were created as a temporary emergency service in the early 80’s and are now a daily necessity to a growing population,” Arts said. “As a country we need to reevaluate how we feed ourselves and where that food comes from.”

Their journey will end September 8 in St. John’s, Newfoundland.