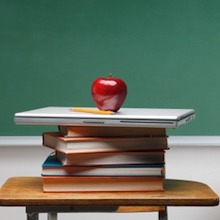 Classrooms in the province won’t be as cramped thanks to additional funding for a class size initiative announced on Wednesday.

The Manitoba government is reducing the size of kindergarten to Grade 3 class sizes with the focus on more one-on-one time time between teacher and student.

Premier Greg Selinger said the province is spending more than $15 million to renovate or build 28 classrooms in six school divisions across the province through the Manitoba Building and Renewal Plan.

The announcement was made at John de Graff Elementary School, where 400 students currently attend classes.

The province currently has five new schools under construction or in the design phase in Thompson, Winkler and Winnipeg. Selinger also said work and planning is currently underway at George Fitton, Lord Nelson and La Verendrye schools on gymnasium expansions.