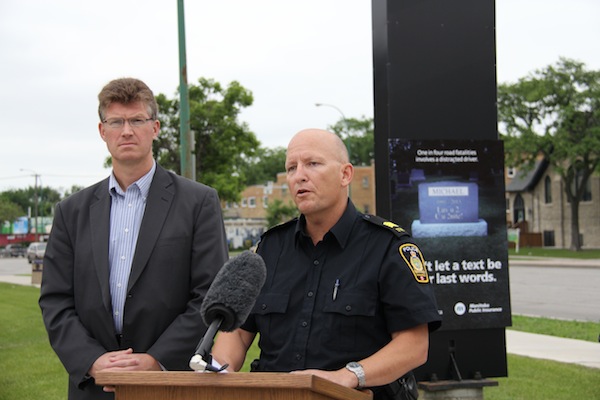 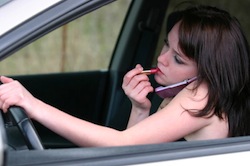 Drivers who have scoffed at the province’s $199.80 fine for using their cell phone behind the wheel may think twice later this summer.

Beginning August 1, anyone caught using their mobile device while driving will not only be given a fine, but will be assessed two demerit points.

“Everyone has the right to feel safe on the road,” said Justice Minister Andrew Swan, minister responsible for Manitoba Public Insurance. “A distracted driver is a serious danger to public safety. Applying demerits for texting or using a cellphone while driving is one more tool to keep our roads safe.”

Swan made the announcement Friday at MPI’s service centre at 1284 Main Street along with Winnipeg police and MPI officials.

The law, which went into effect in July 2010, also allows use of a hand-held cellphone to call the police, fire or ambulance service in an emergency.

According to MPI, about 160 road deaths in Manitoba have been linked to distracted driving since 2005, an average of 20 per year.