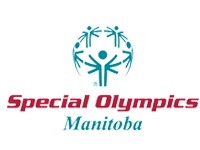 The Special Olympics Manitoba Provincial Summer Games will get underway today, as 500 athletes compete in six different sports around Winnipeg this weekend.

The opening ceremonies at 7 p.m. will be held at the Metropolitan Theatre, as the Games prepare athletes to compete on the provincial team during the 2014 Special Olympics Canada Summer Games in Vancouver.

Once in Vancouver next year, qualifying athletes will be competing to travel to Los Angeles, CA for the 2015 World Summer Games.

A banquet and closing ceremony will end Games on Saturday at 6 p.m. at the Metropolitan.